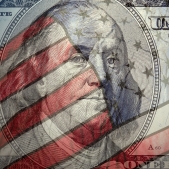 College students and their parents dodged a major bullet with the Tax Cuts and Jobs Act of 2017. Initial drafts of the bill included the elimination of Coverdell Education Savings Accounts, the Lifetime Learning Credit, and the student loan interest deduction, along with the taxation of tuition waivers, which are used primarily by graduate students and college employees. In the end, none of these provisions made it into the final legislation. But a few other college-related items did. These changes take effect in 2018.

The new law expands the definition of 529 plan “qualified education expenses” to include K-12 tuition. Starting in 2018, annual withdrawals of up to $10,000 per student can be made from a 529 college savings plan for tuition expenses related to enrollment at a K-12 public, private, or religious school (excluding home schooling). Such withdrawals are now tax-free at the federal level.

At the state level, some states automatically update their state 529 legislation to align with federal 529 legislation, but other states will need to take legislative action to include K-12 tuition as a qualified education expense. In addition, 529 plan institutional managers will likely further refine their rules to accommodate the K-12 expansion and communicate these rules to existing account owners. Parents who are interested in making a K-12 contribution or withdrawal should understand their plan’s rules and their state’s tax rules.

The expansion of 529 plans may impact Coverdell Education Savings Accounts (ESAs). Coverdell ESAs let families save up to $2,000 per year for a child’s K-12 or college expenses. Up until now, they were the only option for tax-advantaged K-12 savings. But now the use of Coverdell ESAs may decline as parents are likely to prefer the much higher lifetime contribution limits of 529 plans — generally $350,000 and up — over the $2,000 annual limit for Coverdell accounts. In addition, Coverdell ESA contributions can only be made for children under age 18.

Coverdell ESAs do have one important advantage over 529 plans, though: investment flexibility. Coverdell owners have a wide variety of options in terms of what investments they hold in their accounts, and may generally change investments as often as they wish. By contrast, 529 account owners can invest only in the investment portfolios offered by the plan, and they can change their existing plan investments only twice per year.

In addition, the new tax law allows 529 account owners to roll over (transfer) funds from a 529 account to an ABLE account without federal tax consequences if certain requirements are met. An ABLE account is a tax-advantaged account that can be used to save for disability-related expenses for individuals who become blind or disabled before age 26. Like 529 plans, ABLE plans allow funds to accumulate tax deferred, and withdrawals are tax-free when used for a qualified expense.

The tax law creates a new 1.4% tax on the net investment income of large college endowments. Specifically, the tax applies to institutions with at least 500 tuition-paying students and endowment assets of $500,000 or more per student. Approximately 30 colleges are expected to be swept up in this net in 2018, including top-ranked larger universities and smaller elite liberal arts colleges. Some affected colleges have publicly stated that the tax will limit their ability to fund certain programs, including financial aid programs.