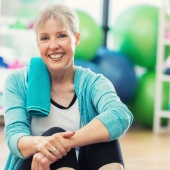 Each year, the Employee Benefit Research Institute (EBRI) conducts its Retirement Confidence Survey to assess both worker and retiree confidence in financial aspects of retirement. In 2018, as in years past, retirees expressed a higher level of confidence than today’s workers (perhaps because “retirement” is less of an abstract concept to those actually living it). However, worker confidence seems to be on the rise, while retiree confidence is on the decline. A deeper dive into the research reveals lessons and tips that can help you build your own retirement planning confidence.

Create a foundation of predictable sources of income

Although nearly half of today’s workers say they have considered how their Social Security claiming age could affect their benefit amount, the median age at which they plan to claim benefits is 65. Moreover, less than a quarter of respondents say they determined their future claiming age with benefit maximization in mind. Why does this matter? It’s because the vast majority of today’s workers won’t be able to collect their full Social Security retirement benefit until sometime between age 66 and 67, depending on their year of birth. Claiming earlier than that results in a permanently reduced benefit amount. To help ensure you make the most of your Social Security benefits, take the time to understand the ramifications of different claiming ages and strategies before making any final decisions.

Consider creating your own “pension” income.

Eight in 10 workers in the EBRI survey hope to use their defined contribution plan assets [e.g., 401(k) or 403(b)] to purchase a product that will provide a guaranteed stream of income during retirement. Depending on individual circumstances, this could be a wise move. To help provide yourself with a steady stream of income, you might consider annuitizing a portion of your retirement plan assets or purchasing an immediate annuity, a contract that promises to pay you a steady stream of income for a fixed period of time or for life in exchange for a lump-sum payment.1

When combined with your Social Security benefits, the payments received from an immediate annuity can help ensure that your everyday “fixed” expenses are covered. Any additional assets can then be earmarked for future growth potental and “extras,” such as travel and entertainment.

Pay attention to your health — and health-care costs

The EBRI survey revealed a correlation between health and retirement planning confidence. For example, 60% of today’s workers who are confident in their retirement prospects also report being in good or excellent health, while only a little more than a quarter of those who are not confident report similar levels of health. Moreover, 46% of retirees who say they are confident also say they are in good health, compared with just 14% of those who are not confident.

The lesson here is pretty straightforward: Healthy habits may pay off in healthy levels of confidence. Eat plenty of fruits and vegetables, exercise, get enough sleep, and take steps to minimize stress. And don’t skip important preventive checkups and lab tests. Keep in mind that even the most diligent savings strategies can be thrown off track by unexpected medical costs.

The percentage of retirees who are at least somewhat confident that they will have enough money to cover medical expenses in retirement has dropped from 77% in 2017 to 70% in 2018. And four out of 10 retirees say that health-care expenses are at least somewhat higher than they expected. However, retirees who have estimated their health-care costs (39% of respondents) are more likely to say their expenses are about what they expected them to be. On the other hand, just 19% of workers have calculated how much they will need to cover their health expenses in retirement.

If you have not yet thought about how much of your retirement income may be consumed by health-care costs, now may be the time to start doing so. Having at least a general idea of what your medical expenses might be will help you more accurately project your overall retirement savings goal.

1Guarantees are contingent on the claims-paying ability and financial strength of the annuity issuer. Generally, annuity contracts have fees and expenses, limitations, exclusions, holding periods, termination provisions, and terms for keeping the annuity in force. Most annuities have surrender charges that are assessed if the contract owner surrenders the annuity. Withdrawals of annuity earnings are taxed as ordinary income. Withdrawals prior to age 59½ may be subject to a 10% federal income tax penalty.